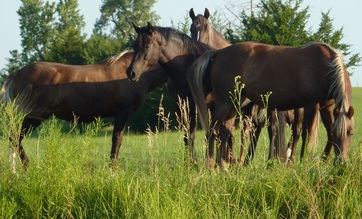 High percentage of foundation breeding go to www.allbreedpedigree.com to see our fabulous lines

Then, Dad followed the next three decades with strong Jubilee King stallions, keeping a few fillies from each. I don't believe Dad ever had more than ten mares. After Sorrely was retired, Dad followed with Major Cotton, then Jubilees Minute Man, and Jubilee Flash. All of which were offspring from Cotton Hill's Choice owned by Mr. Schwartz from Independence Mo.

Dad, recognizing the concentration of Jubilee King breeding, decided to bring in some additional bloodlines. Living in Northwest Kansas, Dad became associated with Stan and Ruth Walker in NW Nebraska. They had started Pine Ridge Reservation Morgans, becoming known as the "Walker Bloodlines". Standing at stud for them was a Palomino by the name of Rusty Walker. Dad purchased seven mares , some bred to Rusty Walker. Lazy Heart D Andy was one of the early foals and the next stallion for him.

This crossing of the Walker lines, with a strong concentration of Jubilee King breeding was probably the key to the quality of offspring that have followed. Most range from 14.2-15.2 hands with great legs, feet and short back. The correct conformation and flaxen color has resulted in various shades of chestnut, with good looking heads as well.

In the late 80's. Dad was trying to find a way to move "toward" retirement, reducing the herd which was less than 10 at the time. We managed to acquire two mares, one of which was Lazy Heart D Daisy (Lazy Heart D Andy x Lazy Heart D Cricket), the dam of Lazy Heart D Sir Knight sired by Double TK DillingerB. Knight has 48 crosses to Jubilee King. After breeding Knight to too few mares for ten years, He was sold to Stephen Leach, of Narrowgate Morgans, who provided greater exposure in the effort to preserve the qualities of the "old lines". 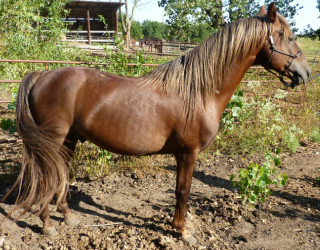 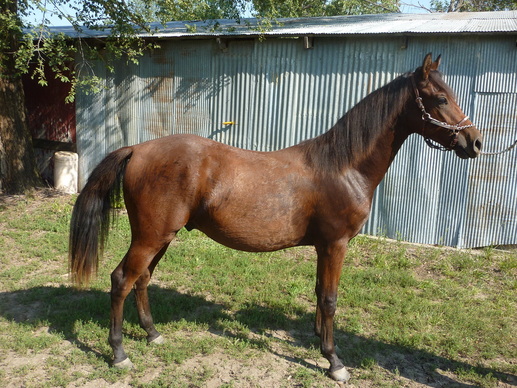